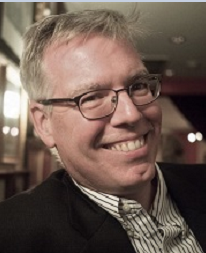 Mike has worked in software development, technical consulting, business consulting, software sales, business management, and, originally, in lawn care.? As lawn care does not pay very well, is very sweaty work and caused frequent sneezing fits due to a severe hay fever allergy, Mike gave up his career in lawn care and went to college at the advanced age of 18.?

There he studied computer science, mathematics, and, reluctantly, accounting.? Prior to enrolling, Mike’s father gave him the sage advice to ‘take at least a few accounting courses’ with an implied ‘or else’.?? Mike, not yet possessing a college education, did not understand what ‘implied’ meant.? Mike’s father, despite not being an English professor, was able to help Mike learn the meaning of the word.? He accomplished this by withholding much needed ‘walking around money’ until an accounting class was enrolled in.? Down to his last six-pack of beer, Mike quickly enrolled into an 8:30AM financial accounting 101 class in order to finance a second wall of empties in his dorm room.?? Horrified by any class that starts at 8:30 AM, Mike checked with University whether subsequent accounting classes would be in the afternoon.? Apparently as part of training accountants to be surly, the university would hold all accounting classes at the ungodly hours of anything before noon.?? Determined to get back at his father for forcing AM accounting classes on him, Mike slept through most of them, and barely managed to learn that credits are more than just a unit of measure the university uses to tell you how long you have before you have to get a job.

After graduating, Mike’s career took a series of turns that began with developing a loan processing system and then with starting a software consulting company.?? The universe, apparently in cahoots with his father, eventually led Mike to specialize in developing add-ons for an ERP/accounting application.??? While this was successful for a number of years, Mike found that the accounting/ERP system had many missing features and did not perform as well as it could.? As the accounting system was not something Mike had control over, it led to many frustrations.? Finally, in a fit of pique with the development company of the ERP/accounting application, Mike told them that they should just sell the f’ing accounting system to his company since they were not doing a good job.?? Angered by his boorish talk and insolent attitude, the accounting software company got revenge by agreeing.? Thus, Mike was forced to finally learn accounting.??

Localized PBVM APK Testing Debugging F# Inheritance Roadmap Versioning Offline Cloud
We use cookies which are necessary for the proper functioning of our websites. We also use cookies to analyze our traffic, improve your experience and provide social media features. If you continue to use this site, you consent to our use of cookies.?Learn More
网赌赢钱不让提款怎么办